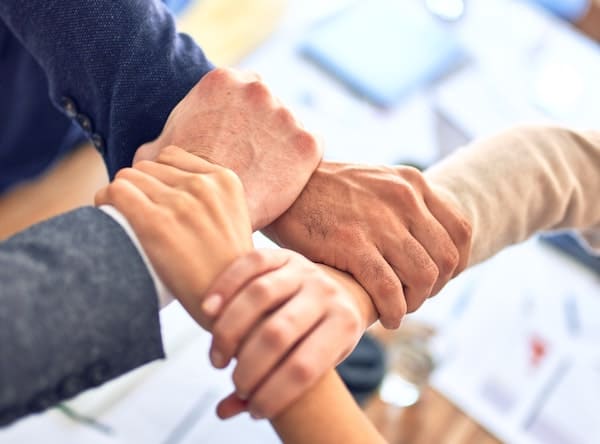 We have recently published in our Youtube channel (subscribe!) an interview with Alexandre Henzen, Technical Director of Viasoft Korp. The interview (in Portuguese) is available through this link, and in this article right below as well.

In this interview, Alexandre talks about Viasoft Korp, how the company started with just one person and a desktop software built with C++Builder 6 and became an ERP software provider to big Brazilian industries, being part of conglomerate of companies with more than 500 employees.

Among those who took part of this journey, there are me, Wagner Landgraf, TMS Software, and Embarcadero, with Delphi, a development tool used by the company for almost 20 years. This interview is about such journey.

For those who can’t understand Portuguese, or just don’t like videos, we have transcribed below, in English, the best moments of the interview.

Wagner Landgraf: What is Viasoft Korp?

WL: I think it was one of the few ERP software I’ve seen that was built with C++.

AH: Indeed. At some point, around 2004, 2005, it took 6 hours to compile. We then developed a C++ to Pascal transpiler – with your help by the way, I’m not sure if you remember – so we could migrate the full source code to Delphi.

We developed a C++ to
Pascal transpiler to
migrate from C++
Builder to Delphi.
Alexandre Henzen

WL: What helped Korp to grow? What were the key moments?

AH: TMS Scripter (TMS Software product for editing and executing scripts at runtime) was a big differential for us. (…) It’s typical that ERP must be customizable, thus such flexibility allowed by TMS Scripter, (it’s something that) in 2001, 2002, you didn’t see many things like that. (…) The customers themselves could create forms, even full modules inside the system. That helped us to grow.

AH: (Another important decision): At a time BPM was not very popular, (to use TMS Workflow in 2007) was also a big plus. The fact you could draw a flowchart and say: “Joe approves the invoice, if the invoice value is higher than X, send it to Jack, etc.” (…) That made our system even more flexible.

WL: Well, we have been friends and technical partners all these years, we (at TMS) have helped you a lot, you have helped us a lot. We helped you as you said: Korp had technical needs and we developed and improved solutions to give ERP flexibility, I believe you have reduced support a lot. But one thing I never said in public, I will talk about it here for the first time: if you (who are watching us) use TMS Aurelius (Delphi ORM framework from TMS Software), be grateful to this person I’m talking to: he he was not only the first customer of the TMS Aurelius, he was the driving force that led TMS Aurelius to be developed. We are in 2021 and there are many people who still do not know why or how to use an ORM in their software. Alexandre, in 2010, already had such vision, that an ORM would help him and his company. He contacted us and we partnered to develop TMS Aurelius, as the existing ORM libraries for Delphi did not fully serve him.

Alexandre was the
driving force that led
TMS Aurelius to be
developed.
Wagner Landgraf

AH: All these developments that we seek, have always been thinking about scalability. Always wanting to expand, improve code, the ERP was always growing very, very complex. So all of these technologies came to make the system flexible and scalable. The system is huge. Today we don’t just use Delphi.

AH: For web development, for example, we chose to use C # on the backend and Angular on the frontend. We also use Golang in some microservices. Each language has its purpose.

WL: And you also have take into account the current needs of the company. One might ask, for example: “why didn’t you use TMS Web Core (TMS Software product to create web applications with Delphi)?”. Simply because TMS Web Core didn’t exist at that time! When it was first released, Korp already had all his web applications fully developed in Angular.

AH: Exactly. And we also wanted to run on Linux, Docker, lots of things to take into account.

WL: Yes, all of these tools as well. I learn a lot from Korp when I go there. Not only about programming, but also devops. They are always dealing with Kubernetes, Docker, Consul, Traefik …

AH: About the tests we developed an internal framework, named Flow, that was a big change for us. With such tool we write the BDD code and it executes everything. Currently we have around twelve virtual machines in three different servers running tests 24/7.

We also use C#,
Angular, Golang. Each
programming language
has its purpose.
Alexandre Henzen

WL: You mentioned how TMS Software contributed with ORM (TMS Aurelius), multitier REST (TMS XData), etc. But speaking about tests: I remember how, many years ago, you (and everyone I knew at the time), suffered from tests and to keep software quality. You had people just to do manual tests, UI tests, etc. I believe that these technical improvements over time helped a lot in this.

AH: Yes, ERP is a very complex software. Without these new development paradigms, this would not be possible. Today we have servers running tests 24 hours a day, using continuous integration. We use Jenkins, it retrieves changes from Bitbucket (Git repository for source code version control), immediately runs all test scenarios, all 100% automated.

WL: I believe then that TMS helped you, a little bit, isn’t it?

AH: Absolutely, all the architecture of our Delphi-made software is built around TMS Business.

All the architecture of
our software written in
Delphi is built around
TMS Business.
Alexandre Henzen

WL: You mentioned that XData services are processing a large number of requests, please tell us more about the size of your customers.

AH: There are the most varied sizes. Companies range from 20 to 500 users accessing the system simultaneously. And those are companies with a high volume of logistics handling and issuing fiscal notes (Brazilian legal invoices), they are complex and heavy systems. The amount of information that travels through the system is huge.

WL: Speaking about Delphi. You were using Berlin (10.1), how was this evolution?

AH: We were using Delphi Berlin (10.1) and tried to update to new versions. (The problem is that) our application works like this: it is not just a single executable. There is the main executable and each module in the system is a runtime package, a BPL, (they are modules) that are loaded dynamically as the user keeps using the software. So it’s a huge package structure, and we’ve always suffered from it (runtime packages) in several ways: detecting memory leaks is more complicated, recompiling packages is cumbersome because of package dependencies, etc.

WL: There was even a problem with a Windows update, not related to Delphi, that cause you a big problem, right?

AH: Yes, there was a Windows update that simply screw everything up (Alexandre is referring to this problem reported in Marco Cantu’s blog). It took almost five minutes to just start the application. We even went so far as to revert to previous Windows version and block Windows updates on all the company’s machines. (…) Then, we migrated to Delphi 10.4 Sydney, the first version (10.4.0). At the beginning we still had problems with the tool, the LSP (Language Server Protocol, Delphi’s new system for code completion) itself had some problems. And now with (the update to) 10.4.2, for which we recently upgraded, we felt the difference – it’s much more stable, the IDE is compiling much faster and the feedback I’m receiving from the developers is very positive.

Since XE2, the most
stable release that I’ve
seen, of all of them, is
this one, Sydney 10.4.2.
Alexandre Henzen

AH: Yes, much more stable, not even close. If we take all the Delphi versions that we’ve used all those years, since Delphi XE2, the most stable released I’ve seen, of all of them, is this one, 10.4.2.

WL: I remember that a big problem you had was the compilation time. The time to run the tests, for example, how long did it take?

AH: It took 58 minutes, almost an hour. It dropped to about 28 minutes with just the upgrade to 10.4.2. Then we made a few more changes to the package settings, and it dropped to 12 to 14 minutes, depending on the machine. The runtime packages feature is also much more stable now, it is a big difference.

Compilation time was
58 minutes, it dropped
to 12 minutes.
Alexandre Henzen

WL: Alexandre, thank you very much for being available for this interview.

AH: Thank you, I am available for anyone who wants to contact me, just go to (my profile on) LinkedIn, search for Alexandre Henzen (link here) and we can exchange ideas, I always like to discuss new technologies.

(*) Photo by krakenimages on Unsplash

Discuss about this article in our forum!